Facebooks rise to the number two spot out in the list of the most popular websites in the world is proof that there is a huge demand out there for the social network. A way of being able to share snippets of your lives with friends and family in a way that they can consume as and when they want to. The social network has replaced emails and letters. It has fundamentally changed the way that we communicate with each other.

I have always been rather uneasy about a centralised social network. My issue with it is that those snippets of my life, the announcement of when I first became a dad, my daughters first day at school, when I became a dad again, all of those little bits of information – they build up a picture. A profile. A statistic. A thing that can be sold by the social network for real money, so that the purchasers can place an advert in front of me.

I don’t care much for privacy settings. Why would corporations who sell my data to other people ever be interested in supplying a free to use and completely private system? The centralised model cannot be trusted to keep any of your information private, or restricted to being viewed only be a small group of people. Everything that I share, I share with the knowledge that it could be seen by anyone.

Over the years there has been a number of attempts to get in on the social network space. Many have tried and failed to take on Facebook as the go to social network – but none have really been successful in being anything more than another centralised content distribution channel that uses Facebook to try and drive traffic in. Today, trying to take on Facebook as another centralised social network is a bit like treading on google’s lawn in the web search space (although I am encouraged by what DuckDuckGo are doing in that area).

Diaspora is one of the first attempts at the decentralising social content. Users register with a local hub (or with the right technical know how, can host their own ‘pod’). There is no central store of information. The pods are able to communicate with each other so there’s no centralisation of your data. The barrier to entry however is that it’s just not as slick as the Facebook experience (though if you’re interested, you can sign up to the UK pod here and check it out).

Metcalfe’s law states that the value of a telecommunications network is proportional to the square of the number of connected users of the system. There’s simply not enough people on it that would make it likely that I might find my own friends and family on there. Diaspora claim to have a million users (total). Facebook has an order of magnitude more, standing tall at 1.32 billion (monthly active as of June 2014). It’s clear that the network that Facebook built has considerable value.

A UK company, ind.ie is building heartbeat. A decentralised network as part of a much larger plan to free data from ownership by large corporations. As we’re on the wrong side of the beta launch of this new network, it remains to be seen what impact it is going to have.

The largest barrier I can see to the adoption of a decentralised social network is user experience. Facebook is so compelling because it’s so easy. Fill out a form, find your group of friends and you’re done. Decentralisation necessitates that you either sign up with a centralised point of presence (a ‘pod’ in Diaspora), or you pay to host your own server for yourself or your family. The barrier to entry is automatically higher.

As a life long fan of computers (I started coding on my Commodore 64 as soon as I was able), I have fond memories of spending some time at the local university learning to use their VAX/VMS system. It was some form of BSD (I don’t remember exactly) but I do remember that the ‘social network’ really just consisted of those who happened to be logged in to the same server as I was. We could chat – using IRC, or the write command. Leave messages using email and distribute content by setting up a website in our home directory.

This is why the tildeclub experiment appealed to me. Of course it’s not a social network. It’s just a low powered linux server that a bunch of geeks / nerds / enthusiasts are messing around with and sharing content with each other.

I would love to see the day where I had a slick experience like Facebook – but I had control over my own data. Being able to provision a social network for my family (and friends) to use, and being able to link my server up to others to form a true social network of computer servers. Free from being the product. Free from advertising.

Hurrah! It’s probably about time I did this… 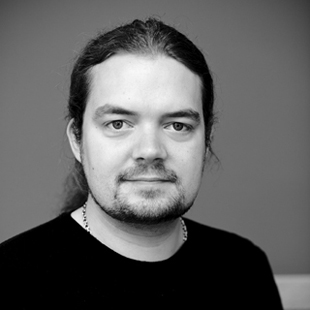